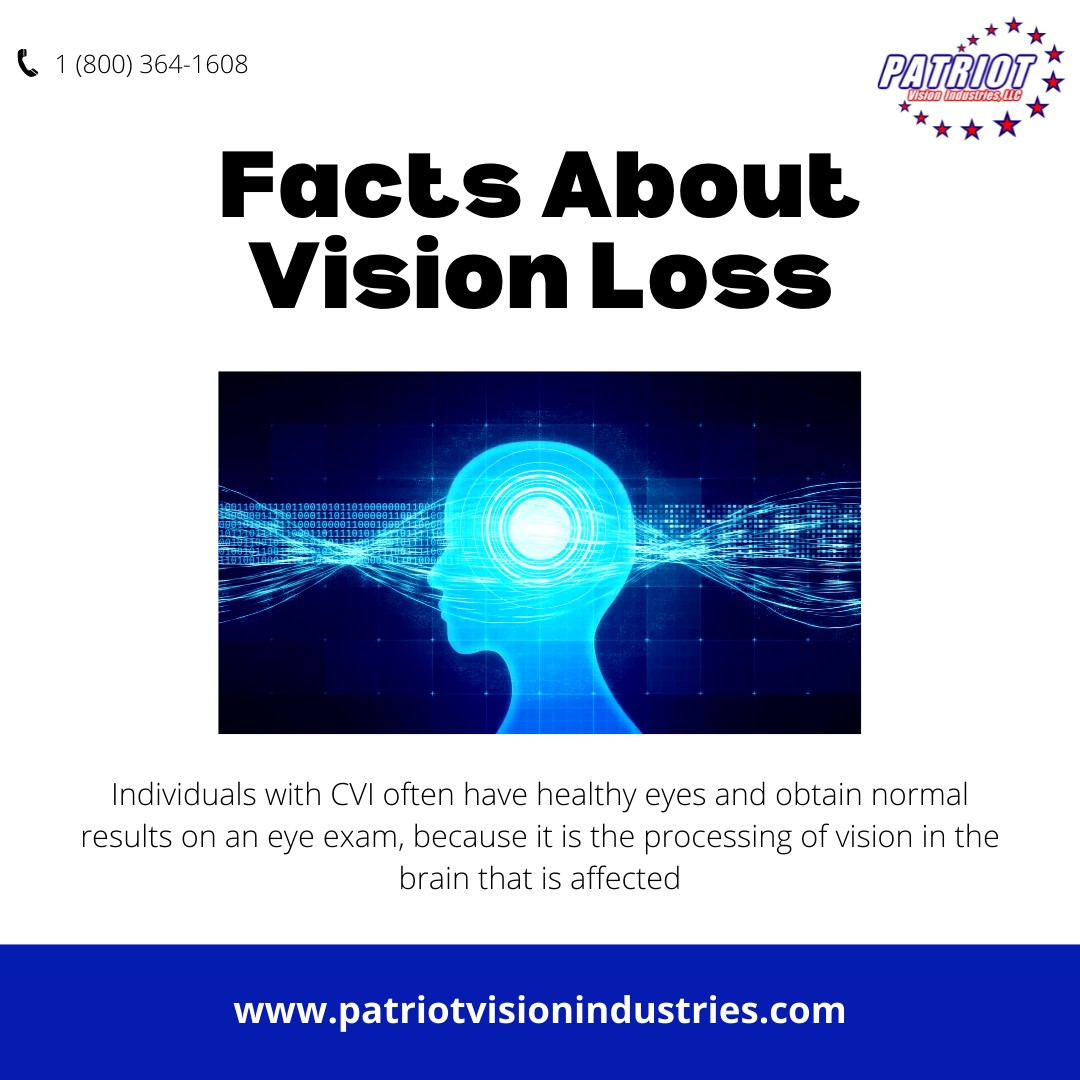 Educators and parents: Did you know that vision loss can occur with healthy eyes?

Cortical Visual Impairment (CVI), also known as Cerebral or Neurological Visual Impairment, is a brain disorder of the visual cortex. The condition primarily affects infants and children and causes total or partial vision loss. CVI can be congenital or acquired, and, in time, the individual may recover some vision.

According to the Pediatric Cortical Visual Impairment Society (PCVIS), CVI is now the chief cause of vision loss in children. Additionally, more than one-third of children with vision loss are diagnosed with CVI, and more than 10% of children with developmental disabilities also have CVI. In most cases, CVI is caused by a brain injury around the time of birth. However, infections and fluid in the brain, along with certain genetic disorders, also cause CVI.

PCVIS describes “10 characteristics of visual behavior …using the CVI Range©.” Characteristics are measured in the various parts of the brain that process visual input. Specific treatments, or “interventions,” depending on where the child falls in the CVI Range. Some characteristics include the child being drawn to a bright color or contrasting colors, the inability to focus on objects with complex patterns or visual arrangement, leaning in close as if extremely near-sighted. Even the human face is too complex to visualize, and there will be difficulty making eye contact.

The key to obtaining the correct intervention is the correct diagnosis. Sometimes, several tests may be needed. Because CVI involves the brain and not the eye, we can harness the brain’s ability to change—known as neuroplasticity—in order to improve a child’s functional vision. Neuroplasticity also means that CVI can improve over time. There is no cure for CVI, but by systematically building connections in the brain with appropriate rehabilitation, a child with CVI can see more.

Diagnosis of CVI occurs after a comprehensive eye examination by an ophthalmologist or neurologist of a child at least six months of age. The healthcare industry is constantly inventing new ways to evaluate the vision of children and babies. The National Eye Institute suggests that a dilated eye exam is the best. First, the eye doctor applies drops into each eye to widen the pupil, allowing the doctor to see inside the eyes. Then they are assessed for acuity, muscle function, eye pressure, and pupil response, among other tests the doctor may order. With CVI, these tests have normal results.

If no problems are found in the eye, the next step is to examine brain function. A neurological medical history is often present, along with the CVI Range characteristics mentioned above. A brain scan, such as an MRI or electrodes, could reveal issues with processing and understanding the visual cortex and other visual pathways

As a parent or teacher, you can help raise awareness of CVI through knowledge and communication. For example, you may notice a child who has difficulty recognizing familiar faces, cannot see objects in crowded spaces, or uses only part of their vision. The child may also have other primary brain disorders, such as cerebral palsy or epilepsy, which would necessitate multi-disciplinary techniques for individualized treatment. However, most children will achieve visual improvement with steady, gradual therapy.

For more information, call Patriot Vision Industries at 1-800-364-1608. Our experts are ready to discuss the challenges of visual impairment and identify our best assistive technology device for you.

See for YOURSELF a sight to be seen!

We use cookies on our website to give you the most relevant experience by remembering your preferences and repeat visits. By clicking “Accept All”, you consent to the use of ALL the cookies. However, you may visit "Cookie Settings" to provide a controlled consent.
Cookie SettingsAccept All
Manage consent

This website uses cookies to improve your experience while you navigate through the website. Out of these, the cookies that are categorized as necessary are stored on your browser as they are essential for the working of basic functionalities of the website. We also use third-party cookies that help us analyze and understand how you use this website. These cookies will be stored in your browser only with your consent. You also have the option to opt-out of these cookies. But opting out of some of these cookies may affect your browsing experience.
Necessary Always Enabled
Necessary cookies are absolutely essential for the website to function properly. These cookies ensure basic functionalities and security features of the website, anonymously.
Functional
Functional cookies help to perform certain functionalities like sharing the content of the website on social media platforms, collect feedbacks, and other third-party features.
Performance
Performance cookies are used to understand and analyze the key performance indexes of the website which helps in delivering a better user experience for the visitors.
Analytics
Analytical cookies are used to understand how visitors interact with the website. These cookies help provide information on metrics the number of visitors, bounce rate, traffic source, etc.
Advertisement
Advertisement cookies are used to provide visitors with relevant ads and marketing campaigns. These cookies track visitors across websites and collect information to provide customized ads.
Others
Other uncategorized cookies are those that are being analyzed and have not been classified into a category as yet.
SAVE & ACCEPT
×